The Craft of the Cooper 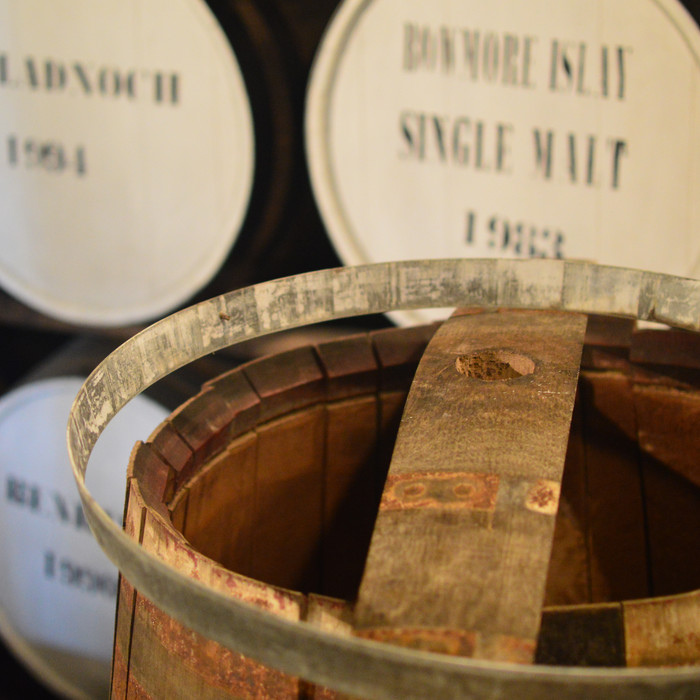 Scotch whisky is very much a product of the Scottish people.

Even in our age of digital technology and innovation, much of the process of whisky making remains unchanged and is reliant on the time-honoured skills of our people. Those skills are often passed on from generation to generation, one such skill is that of a Cooper, who builds and maintains the oak casks used to mature our spirit.

The art of coopering predates whisky distillation by several millenia, with wooden casks firmly established as the preferred medium for storage and transport of both wet and dry goods by the middle ages. Such casks proved ideal for storing and delivering whisky throughout Scotland and beyond, even before the benefits of whisky maturation were recognised.

Learning the craft of coopering is a long apprenticeship, with each new cooper spending 4 years learning the craft before becoming a fully-fledge cooper. This is a reflection of the importance of their role in the whisky making process and the level of skill involved.

The general method of cask production and many of the tools used by a cooper remain largely unchanged to this day. The body of a cask is made up of staves, which are steamed and bent into place to give the characteristic barrel shape. The top and bottom of a cask are known as the heads, which fit into grooves, or crozes, cut on the inside of the staves. Reeds are often used to line the croze and prevent leakage. Iron hoops encircle the cask to maintain its structural integrity.

Before closing off the barrel, casks are charred or toasted by open fire. This essentially cooks the wood, extracting much of the flavour that will be absorbed by the whisky. Finally the cask is moistened, causing the wood to expand, creating enough pressure between the staves and heads to produce a liquid-tight container suitable for maturing whisky.

The Cooper’s craft may be ancient, but it is as vital to the whisky industry now as it has always been.

Back to all Discover Whisky